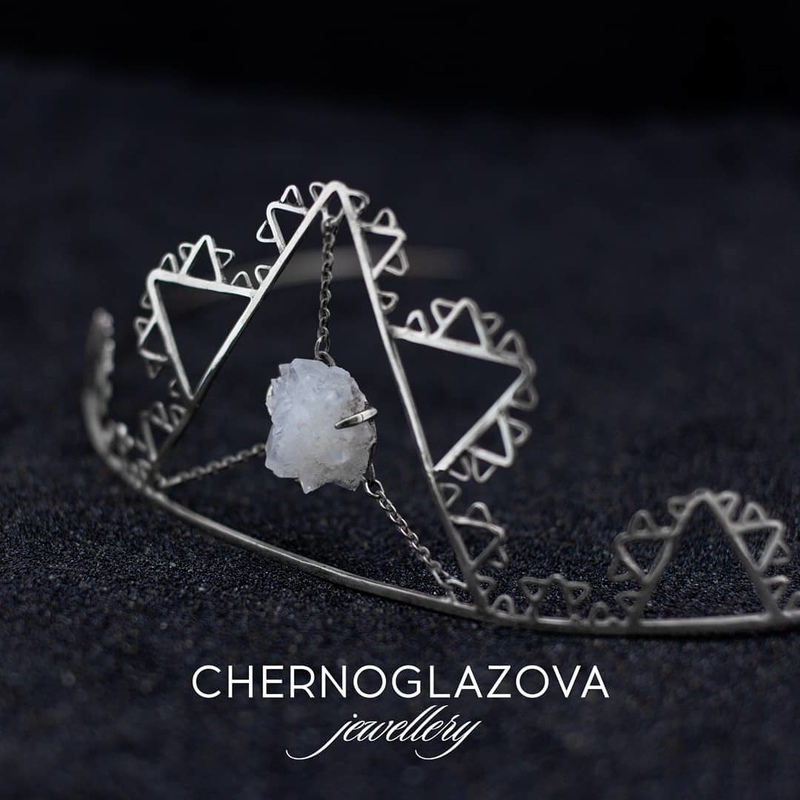 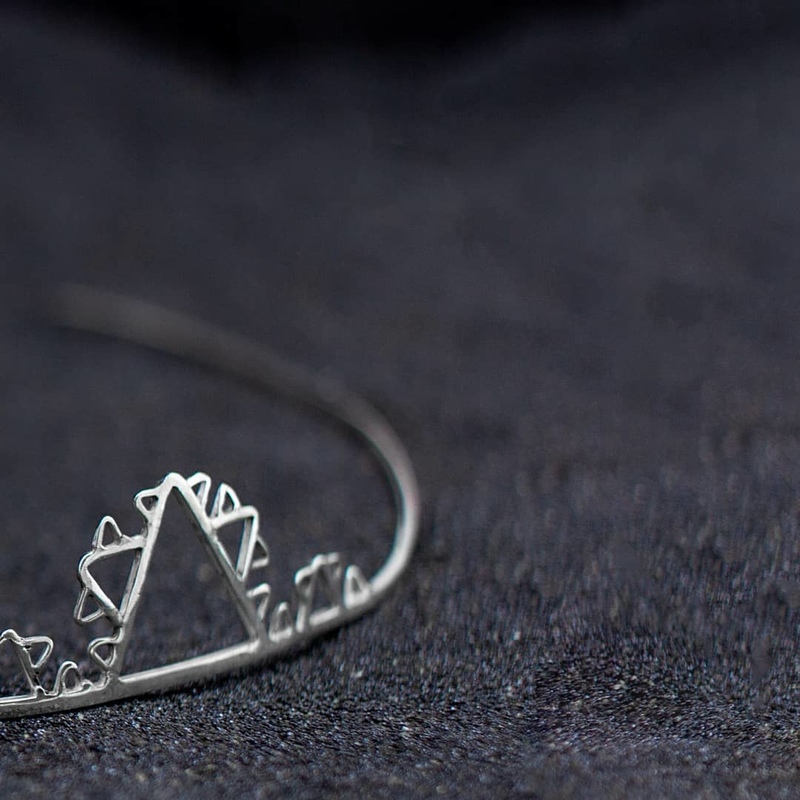 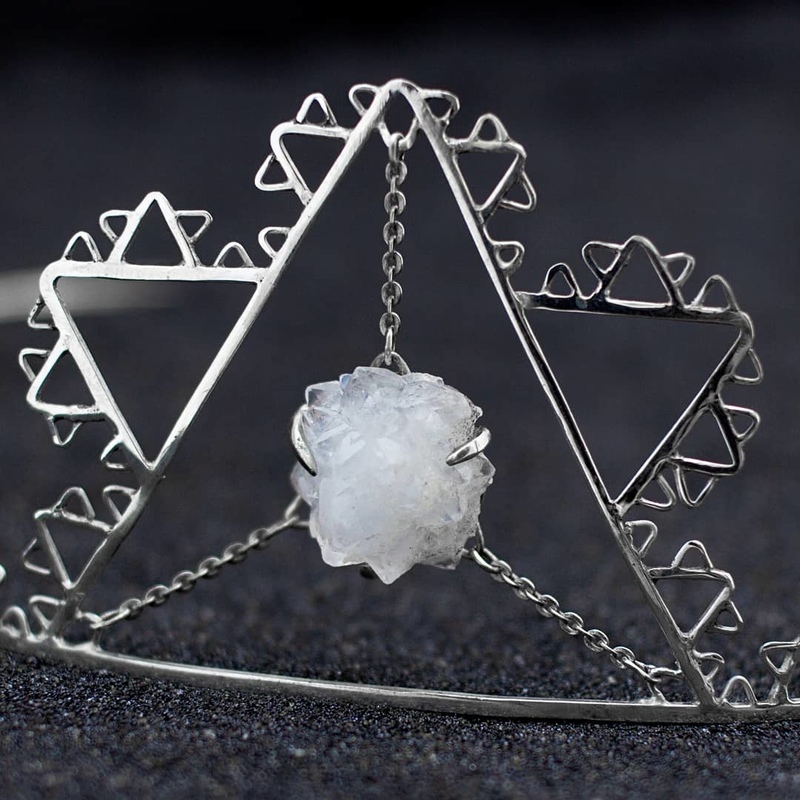 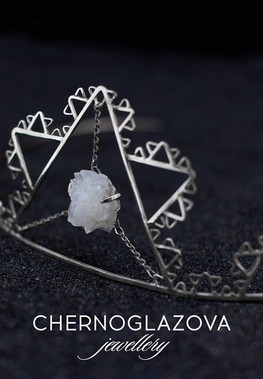 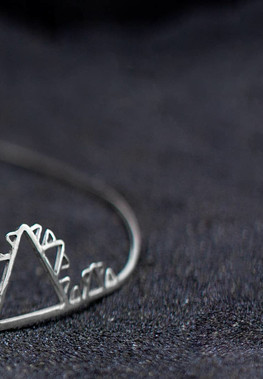 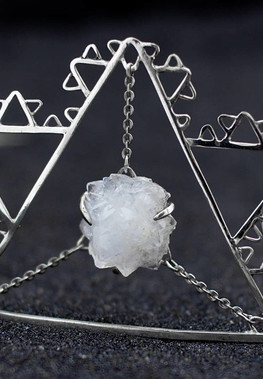 Crown!  Or rather, a diadem.  The basis is a simple fractal "Koch Curve". Koch curve is a fractal curve described in 1904 by the Swedish mathematician Helge von Koch.  Three copies of the Koch curve, built on the sides of a regular triangle, form a closed curve of infinite length, called the Koch snowflake.